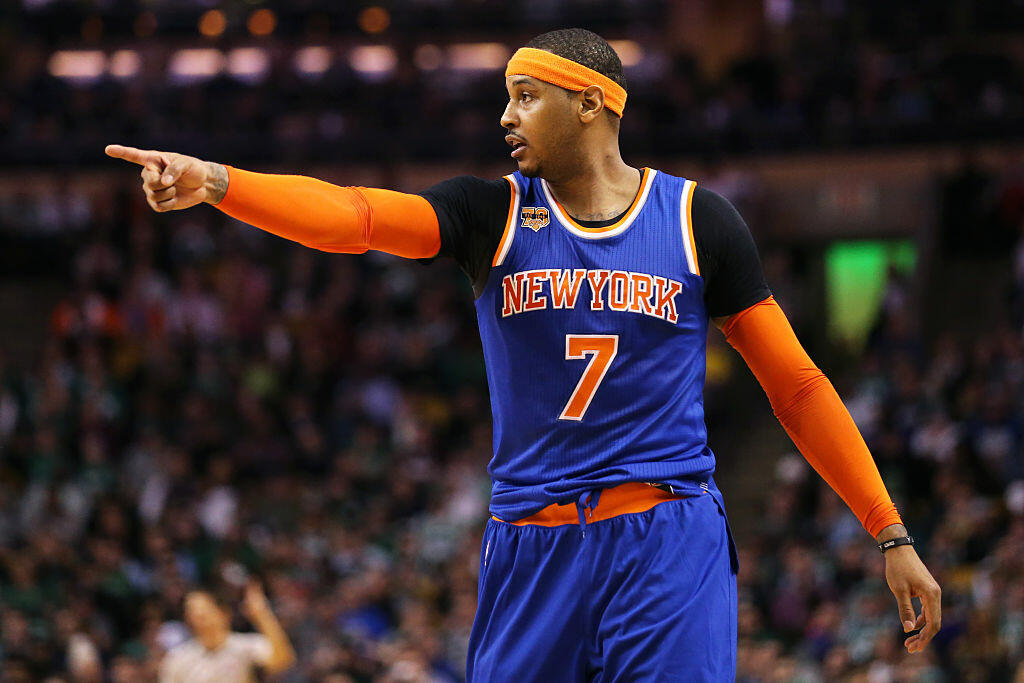 Anthony has publicly fallen out of team president Phil Jackson's graces, and at this point, a trade appears to be all but a certainty.

The Knicks clearly will never contend with an aging Anthony as the centerpiece, but a team like the Clippers could be a perfect fit for the nine-time All-Star. In Los Angeles, Wojnarowski says Anthony would be the third offensive option and No. 4 on the roster in terms of importance. He would also remain in the spotlight, which him and his wife LaLa Vasquez desire.

As for the logistics of a trade, though, Wojnarowski notes that Anthony holds all of the cards due to his no-trade clause — although the Clippers are widely considered a destination for which he would waive this protection. Wojnarowski also mentions that the Clippers would be wise to hold off on a trade as long as possible to prevent backcourt depth issues, as star point guard Chris Paul is expected to miss the next month with a torn ligament in his hand.