Unfortunately, the history Hernandez made came courtesy of a walk-off home run by Trevor Plouffe surrendered in the bottom of the 16th inning to give the Phillies a 7-4 win.

Hernandez took the mound in relief at the end of the game, with the Dodgers' bullpen depleted.

Kike Hernandez of the Dodgers is the first player to play the infield, play the outfield and allow 3+ runs on the mound in the same game since Babe Ruth on October 1, 1921. Ruth blew a 6-run lead but got the win in extras. It did not work out so well for the Dodgers tonight.

Tune in to AM 570 LA Sports at 9:35 a.m. Pacific for the first pitch of Wednesday's series finale. 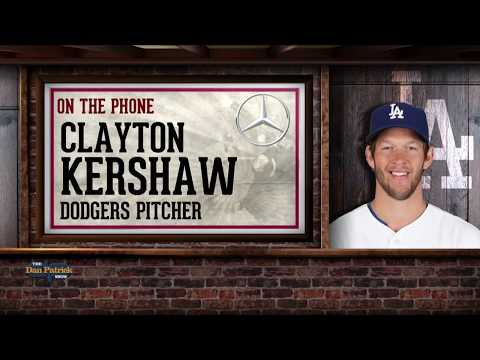 Clayton Kershaw appeared on The Dan Patrick Show Tuesday morning for an interview that every Dodgers fan will want to hear.
posted by Josh Criswell - 1 year ago