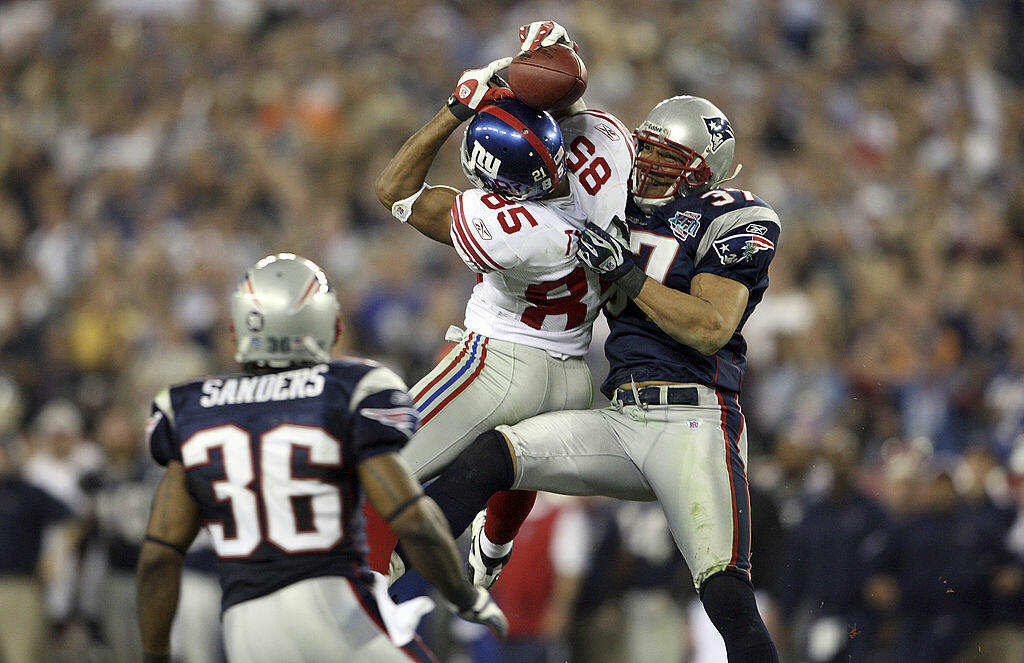 With Super Bowl 51 looming ahead this Sunday, here is a look back at the 10 greatest Super Bowls ever played.

The Patriots and Panthers combined for 37 fourth-quarter points in this shootout, with a late field goal from Adam Vinatieri giving New England the second of three Super Bowl victories in a span of four years.

Between Joe Namath's guarantee, an unlikely upset and the fact that it was the first AFL–NFL Championship Game to be dubbed the Super Bowl, there is no doubting Super Bowl III's spot in history.

Trailing 16-13 with just over three minutes left in the fourth quarter, Joe Montana took the field and led the 49ers 92 yards down the field — finding John Taylor for the game-winner with 34 seconds left on the clock.

In a meeting of Super Bowl-winning quarterbacks that are likely headed to the Hall of Fame, Ben Roethlisberger found Santonio Holmes for a toe-tap catch in the corner of the end zone in the final minute to give the Steelers the victory.

It does not get much more suspenseful than watching Rams linebacker Mike Jones stop Kevin Dyson one yard short of a potential game-tying touchdown as time expires in Super Bowl XXXIV.

A little-known undrafted rookie at the time, Patriots defensive back Malcolm Butler turned a certain Seahawks victory into a devastating defeat with perhaps the most clutch defensive play in Super Bowl history.

Hall of Fame quarterbacks Terry Bradshaw and Roger Staubach went toe-to-toe, and ultimately, mistakes outside of Staubach's control cost the Cowboys a championship.

David Tyree may have only recorded 54 receptions in a six-year NFL career, but a spectacular catch on the game's biggest stage made him a household name as the Giants thwarted the Patriots' chances at a perfect season.