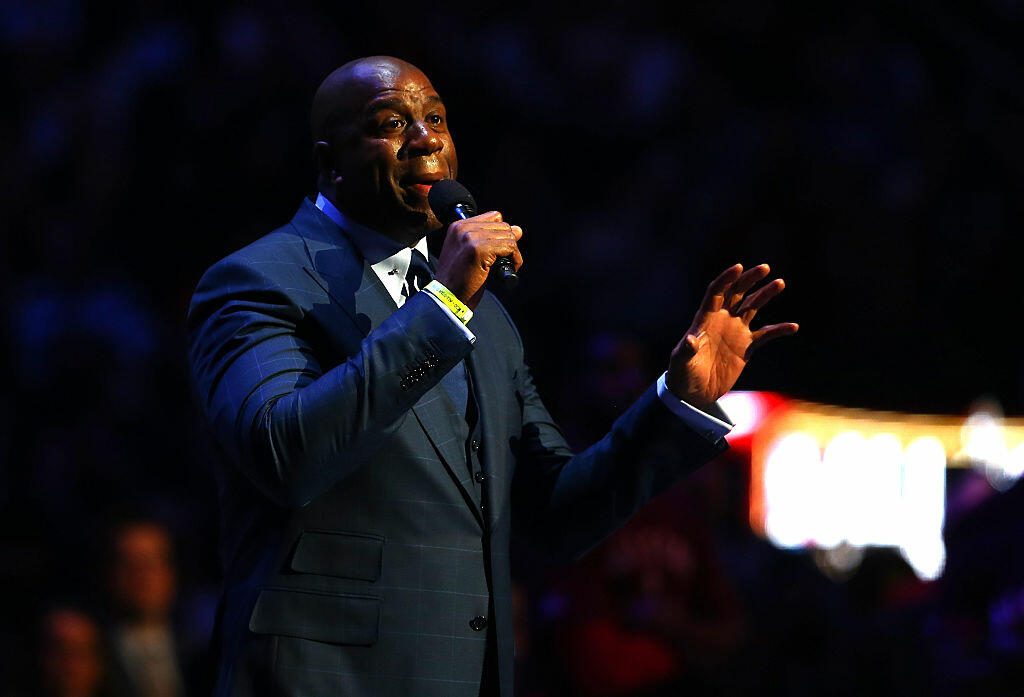 The Los Angeles Lakers announced on Thursday that Hall of Famer Earvin "Magic" Johnson will return to the team as an advisor to ownership, where he will assist Jeanie Buss in the areas of basketball and business.

Johnson was a five-time NBA Champion, three-time league MVP and 12-time All-Star during his time in Los Angeles, and is undoubtedly one of the greatest Lakers in franchise history.

The following statements we're released on the team website:

"We are thrilled and honored to add Magic's expertise and abilities, and I look forward to working alongside him." said Lakers Governor Jeanie Buss.

"Magic Johnson is one of the NBA's greatest players and it is terrific to see him returning to the Lakers," said NBA Commissioner Adam Silver. "He is a truly special person and a natural leader with a relentless passion for basketball and profound knowledge of the game."

"Everyone knows my love for the Lakers," said Johnson. "Over the years, I have considered other management opportunities, however my devotion to the game and Los Angeles make the Lakers my first and only choice. I will do everything in my power to help return the Lakers to their rightful place among the elite teams of the NBA."

Tune into L.A. Today at noon for the latest on Johnson's new role with the Lakers!