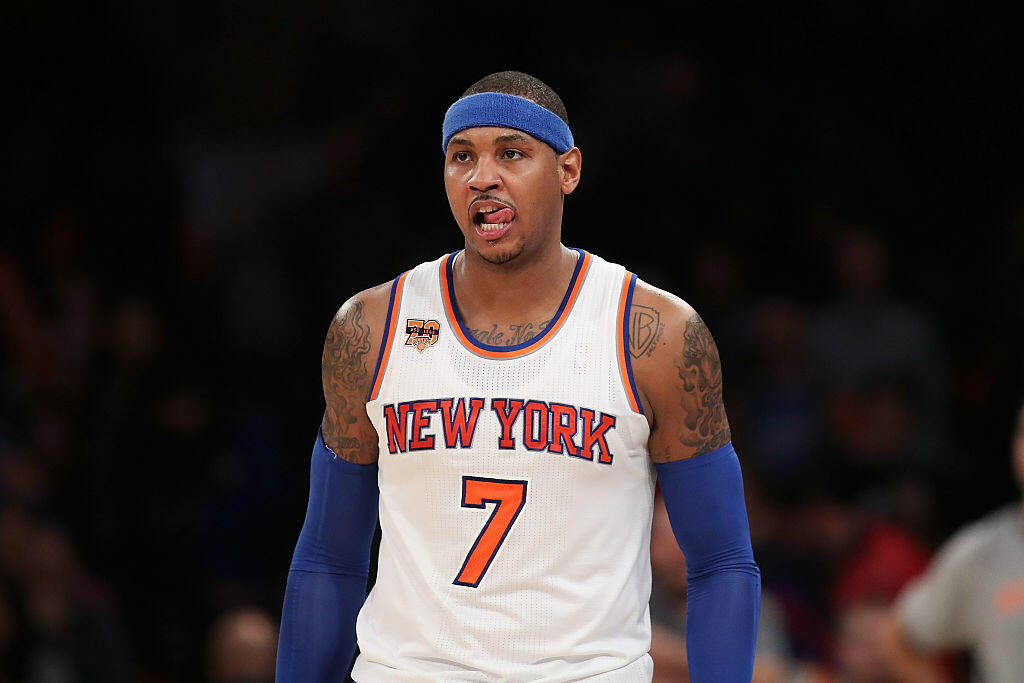 As trade talks surrounding a deal for Carmelo Anthony continue, the Los Angeles Clippers and New York Knicks have reportedly sought out a third partner to help facilitate the move.

ESPN reports that the new developments come after struggling to agree on a trade package that did not involve the Clippers' "Big Three".

The Clippers refuse to break up their core trio of Chris Paul, Blake Griffin and DeAndre Jordan, which is seemingly not an issue. The problem is delivering enough assets to convince the Knicks to part ways with the nine-time All-Star.

This is where a third team comes in, which could benefit the Clippers immensely.

Los Angeles will be without star point guard Chris Paul for the next month, who is sidelined with a torn ligament in his left hand. The primary names mentioned throughout the week as potential trade pieces — Wesley Johnson, Jamal Crawford and Austin Rivers — are all guards, and the departure of more than one of these players would be a severe detriment to backcourt depth.

Salaries become somewhat less of a roadblock with a third team added to the mix, which could allow for more creative trade offers that would help prevent the Clippers from depleting their depth at guard.