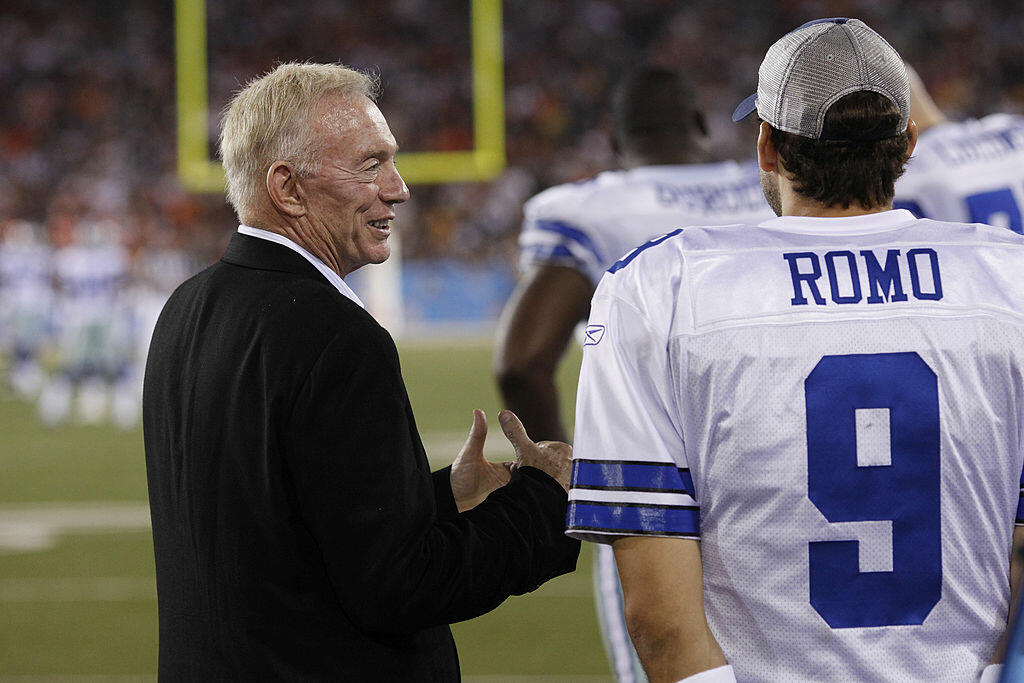 Speculation would lead you to believe that Dallas Cowboys owner Jerry Jones is still angling for a chance to trot quarterback Tony Romo back onto the field in favor of rising star Dak Prescott, who supplanted Romo as the starter earlier this season.

In a recent interview with The Dallas Morning News, however, Jones displayed a much different tune.

Jones discussed the story behind his purchasing the Cowboys in 1989 before elaborating on some letdowns from his time as owner, which included not winning three consecutive Super Bowls in the 1990s. He also admitted that one of his biggest disappointments as the owner of the Cowboys was not winning a Super Bowl with Romo as quarterback, and in doing so, essentially acknowledges that the Tony Romo era has run its course.

"Maybe right there with all of it is to have Tony Romo, and have him as our quarterback for 10-11 years at a high level, and not have knocked on that door and gotten a Super Bowl," Jones said. "That's going to have been a disappointment."