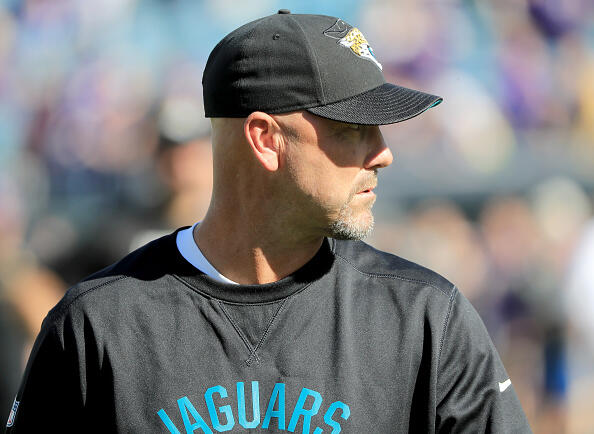 As the Chargers begin to settle into Los Angeles, the look of the team's coaching staff continues to take shape.

NFL Insider Vinny Bonsignore reported on Friday evening that the Chargers have come to terms with Gus Bradley to become their defensive coordinator.

Bradley joins head coach Anthony Lynn's staff after serving four years as the head coach of the Jacksonville Jaguars. He was fired with games left in this past season.

His arrival could signal a change in defensive scheme. The Chargers had previously employed a 3-4 defensive front under John Pagano, while Bradley ran a 4-3 defense in Jacksonville and as Seattle Seahawks defensive coordinator from 2009 to 2012.

Bradley will look to spark a turnaround for a unit that gave up an average of 26.4 points per game this season — the fourth worst in the NFL.